For the 2019 creation, they both wanted to centre programming artists and events that would give audiences the opportunity to observe, learn and be inspired by great artists. They had decided, in true festival spirit, to fill both Sadler’s Wells Theatre and Lilian Baylis with sound and movement.

To start the four days of festivities, Akram’s guru Padmashri Guru Pratap Pawar joined Mavin in the Rosebery Room at Sadler’s Wells to share his experience of  training Akram as his young disciple, and what it’s like continuing to dance a mature dance. In this free event, he shared elements of kathak accompanied by musicians Pandit Vishwa Prakash and Pandit Sanju Sahai.

Sunday saw Nahid Siddiqui take centre in the Lilian Baylis to present Stories of Thumris. Nahid performed with live music to explore Thumri, a sensuous style from the north of India.

In the main house at Sadler’s Wells, exemplifying the main theme for their curation: Ensemble work. Mavin collaborated with Malaysia’s Temple of Fine Arts to stage three scenes from the epic Ramayana. The evening opened with a music concert performed by an all female collective and lead into an ensemble of eight male dancers performing bharatanatyam to carry the narrative.

Odissi is typically performances as a solo art form but for the final performance of Darbar Festival, Madhavi Mudgal brought seven dancers to challenge the traditional framework. They presented six distinctive pieces from her repertoire, some of which you can see in rehearsal in the video gallery below.

Akram and Mavin wanted to create an ambience in the foyer space ahead of each main house show. On Monday 25 November, Chakardar: Power of Tabla enticed audiences into the theatre. On Tuesday, Raga Room’s Veena, Violin and Venu opened the evening before Madhavi Mudgal’s ensemble took to the stage. 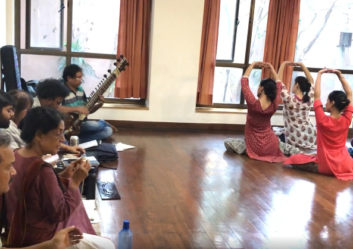 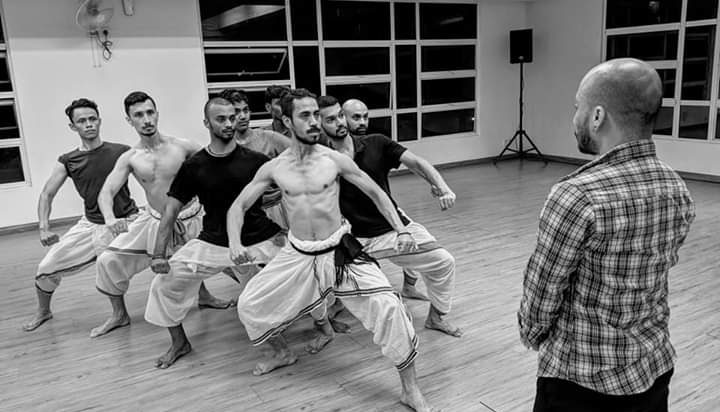 "We have this very interesting programme for 2019 with a counterpoint between youth, maturity, composition, choreographic composition, and creative improvisation." - Mavin
Stay up to date Join our mailing list