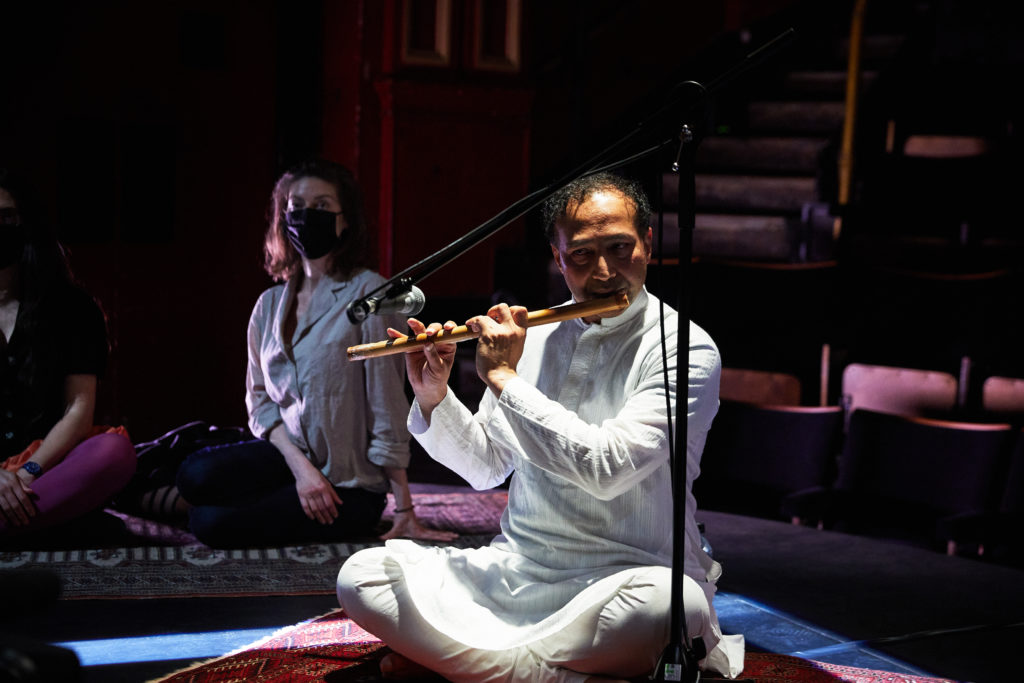 Vijay Venkat is a well known multi instrumentalist/vocalist, multi-genre performer/composer specialising in the violin, viola, flute, vichitra veena (an ancient Indian fret-less slide instrument) in the South Indian Classical (Carnatic) music style. Vijay has performed in major musical festivals and organisations in India and abroad as a soloist and at the All India Radio Sangeeth Sammelan, Akhil Bharatiya Dhrupad Mela – Varanasi, in the world renowned December Music Festival in Madras, India for major music organisations including the Madras Music Academy, Narada Gana Sabha, Indian Fine Arts etc, Autumn Festival – Paris, Soest – Netherlands, Manchester International Festival, Summer Solstice Festival of South Asian Arts-UK, Leeds, to name a few and many other festivals such as the Leeds International Festival, Migration Matters Festival Sheffield, Bradford Festival, Preston Mela, Gospel-Jazz Festival London, Whitby – Music Port Festival and several others, collaborating with bands and musicians from other genres. Vijay has also composed a specially commissioned composition for the members of the BBC Philharmonic orchestra and performed with them on Vichitra Veena in the year 2013. In the year 2015, he played with the members of the BBC Philharmonic orchestra for the first ever BBC music day live creating new themes and music. Vijay plays multiple musical genres and changes and adapts his style of playing accordingly. He is an instrumentalist much in demand for solo performances, music ensembles, dance performances and story-telling events, theatre productions as he is a versatile performer and composer.
Apart from his solo concerts, he regularly plays for bands like Rafiki-Jazz – World music with influences from around the world, part of Ruhaani (Soulful) Trio featuring Sufi-Folk and Indian music, Caution Collective- Leeds – showcasing the genres of Soul, Reggae, Hip-Hop, RnB etc, Vijay Venkat’s Jazz-Fusion and also is a part of many music productions as a performer and composer and also as a co-creator of music along with other expert musicians for a wide variety of productions for organisations such as Leeds based Opera North’s ‘India’s Children – Partition’ in 2017. Partition Project called Masala Tea Party for Chol Theatre – Huddersfield (providing solo music performance as well as musically supporting their dance theatre in 2017, South Asian Arts – UK ‘s ‘Thread’ – commissioned by University of Leeds in 2016 and other such collaborative work for a wide variety of organisations. He also works with his dancer/choreographer friend Priya Sundar on her innovative dance projects such as Morris-Natyam.
Vijay was instrumental in starting the Carnatic Music Academy of the Leeds based South Asian arts UK and and lead the academy till the summer of 2020. Vijay also trains children in music ensemble performances.
Vijay is an empanelled artiste of Indian government’s Indian Council for Cultural Relations. He holds an M.Phil degree in Anthropology from the University of Madras, India and a Masters degree in Music from the Middlesex University, London.