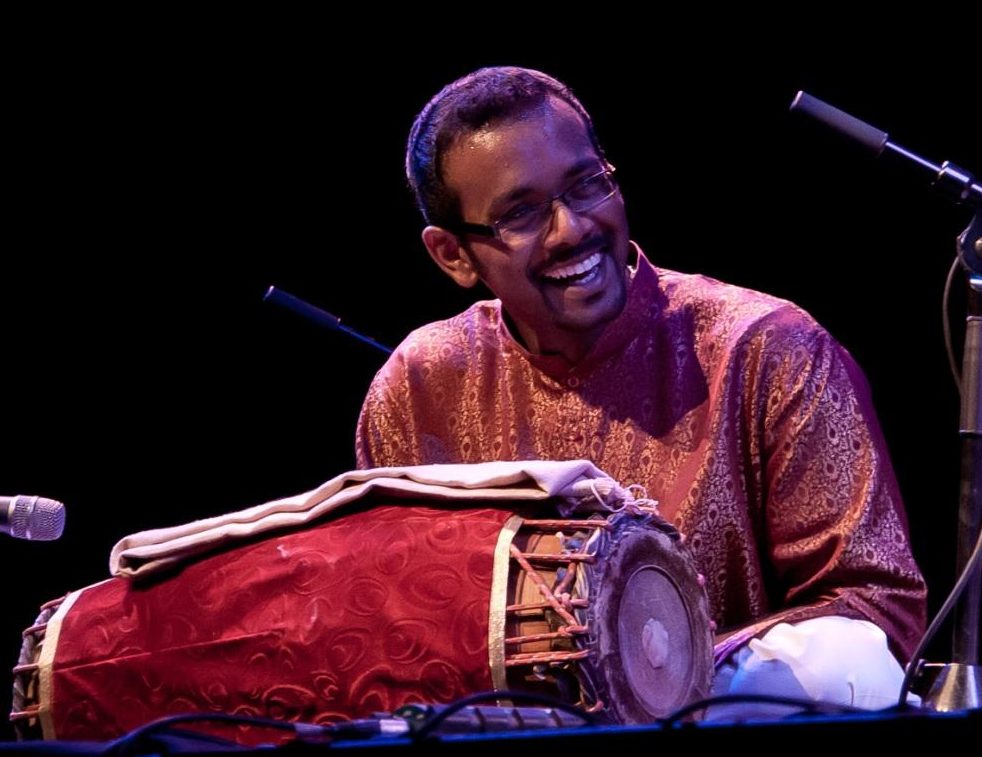 Pirashanna Thevarajah is senior disciple of Vidwan Sri M. Balachandar and is recognised by the world music and Indian classical community as an extremely versatile percussionist with great command over various instruments especially Mridangam, Kanjira, Ghatam, Morsing, and equally versed in the art of Konnakol (Indian spoken rhythm). He has performed in some of the world’s most famous venues including the Royal Albert Hall, London and the Carnegie Hall, New York.

Pirashanna joined Pandit Ravi Shankar’s world tours up until his final concerts in India, America and Europe as an integral ensemble member, and continues to perform very frequently with Anoushka Shankar. To this day he performs and records regularly with many musicians from the Indian Classical and contemporary world including the late Dr M Balamuralikrishna, Mandolin Shrinivas, Aruna Sairam, Nitin Sawhney, Talvin Singh, dancer Akram Khan, and many more.