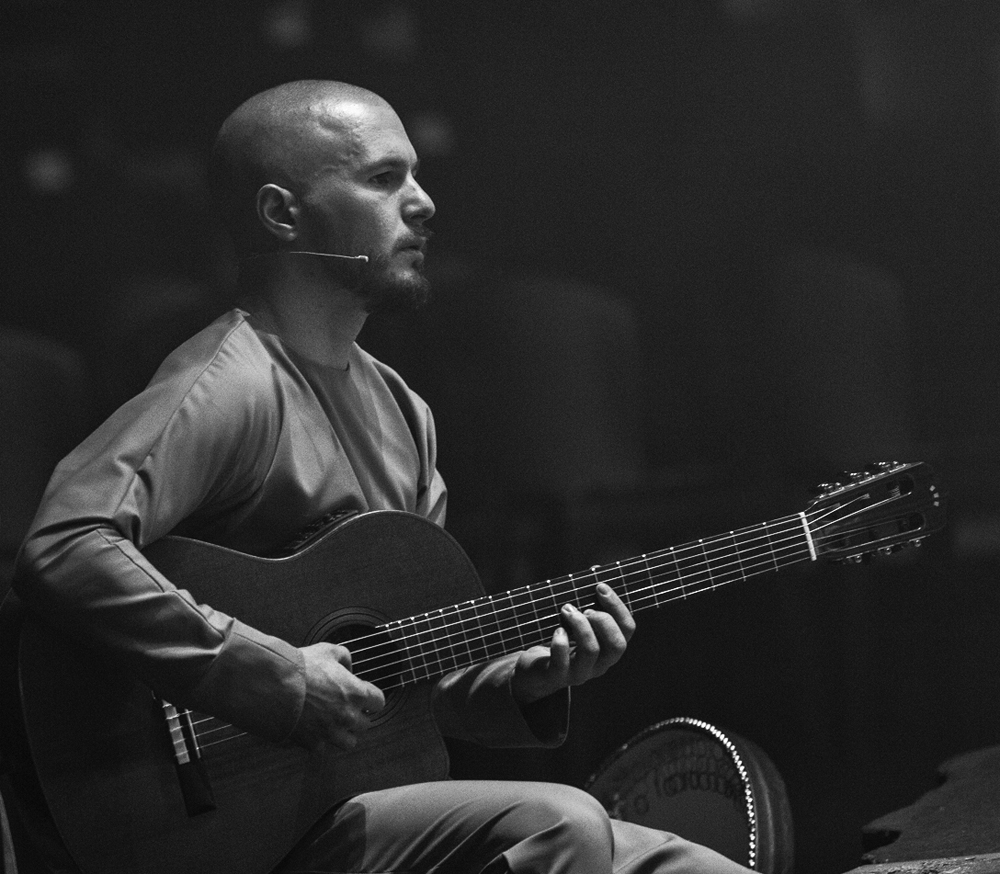 Joseph Ashwin was raised in Gloucestershire England. He fell in love with guitar in his early teens, and is mostly self-taught. In 2006 he attended the Brighton Institute of Modern Music to complete a diploma specialising in guitar. Apart from being part of various bands, Joseph has toured extensively with well-known contemporary dance choreographer Hofesh Schecter, mostly as a musician in the highly popular piece Political Mother, in which he was also a musical collaborator. In 2016 he joined Akram Khan Company to perform and tour as a musician with the production Until the Lions.