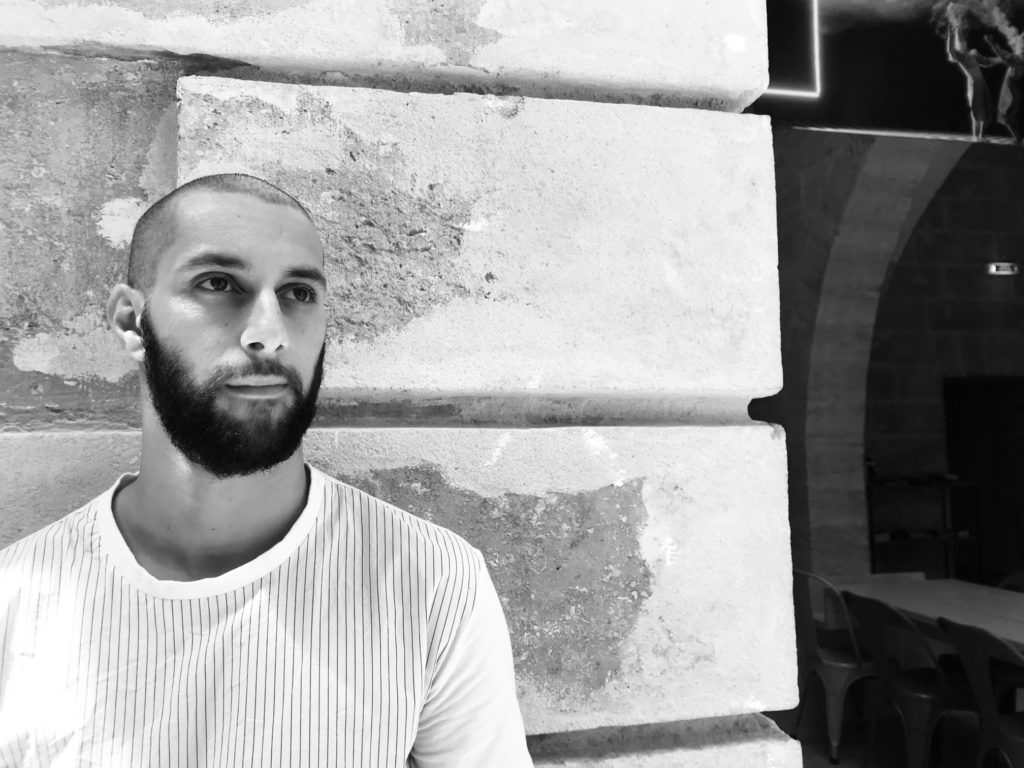 Guilhem Chatir was born in Toulouse. He started training in hip hop and circus which led him to the Conservatoire à Rayonnement Régional de Toulouse. In 2010, he joined the Conservatoire National Supérieur de Musique et de Danse de Paris and in 2013, joined Anne Teresa de Keersmeaker’s P.A.R.T.S. Guilhem started working with Wim Vandekeybus’ company Ultima Vez in 2015 where he performed in the revival of What the Body Does Not Remember and on the revival of In Spite of Wishing and Wanting. In 2017, he initiated a collaboration with Lali Ayguadé on a piece titled HERE. In November 2018 he started working with Yoann Bourgeois for his new creation Requiem and earlier this year he performed in Ludum, a new creation by Anton Lachky Company and founded his own company Guilhem Chatir.