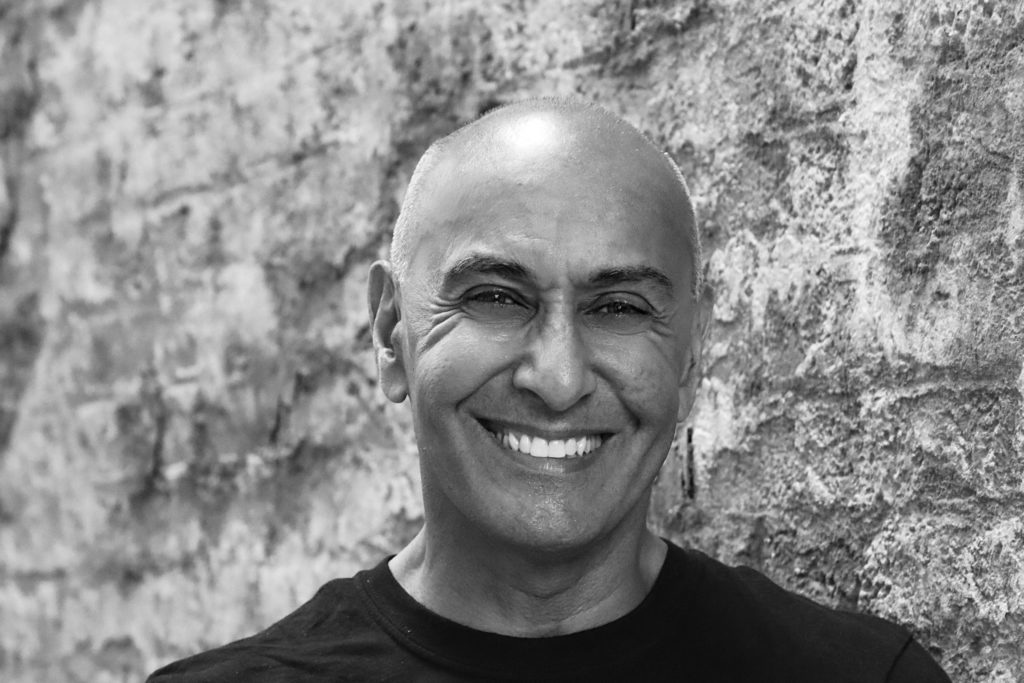 Farooq (he/him), born in Pakistan, enjoyed an international professional dance career in the eighties and nineties. He was awarded an Asian Achievement Award for his work as a dancer in 1988.

After retiring from dancing in 1999, he completed an MA in Arts Management from City University. A year later he teamed up with Akram Khan and co-founded Akram Khan Company. As the company producer, Farooq puts creativity at the heart of his leadership style, forming innovative business models to support Khan’s artistic ambitions. Their partnership has made the Company one of the world’s most foremost and successful dance companies.

In addition to his work for Akram Khan Company, he has became the International Creative Producer for China’s national dance icon Yang Liping since January 2016. He was also Creative Producer for English National Ballet in October 2013 – 2017, and was instrumental in supporting Tamara Rojo in shaping her vision.

Farooq is a witness of the School for Social Entrepreneurs. The French Ministry of Foreign Affairs acknowledged him in a list of the world’s top hundred cultural actors and entrepreneurs. He is also on the advisory board of Global Future, an independent think tank campaigning for Britain to be a vibrant and open nation that reaches out to the world.

Farooq is a regular guest speaker in cultural entrepreneurship including the Advanced Cultural Leadership Programme at Hong Kong University and the London Business School. He was awarded an honorary doctorate from De Montfort University for his services to dance in 2014.

Early 2019, he was awarded an OBE for his services to dance. And during July 2019, he also became a board member for Tate.