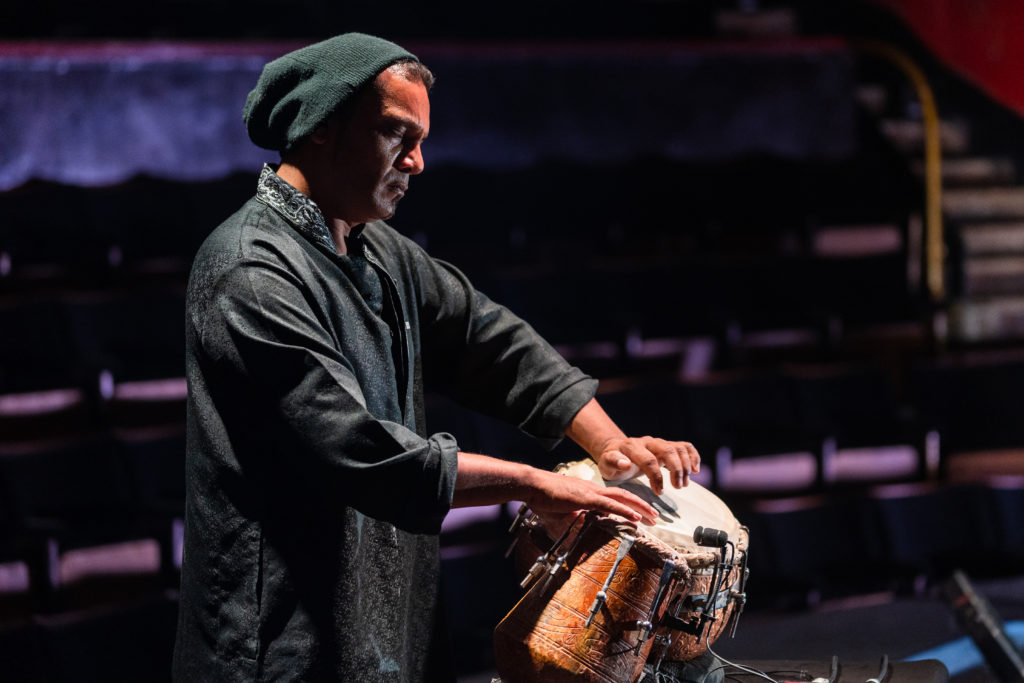 Aref Durvesh is a well-known London born tabla player, who has recorded and performed globally with Nitin Sawhney, Susheela Raman, Akram Khan, Anoushka Shankar, Sting, Jeff Beck and Joss Stone, to name a few. He is the longest-serving member of Nitin Sawhney’s band, having performed on his albums, as well as his UK and international tours. Aref trained under his father, late Abdul Kadir Durvesh, who was an Indian musician, a world-renowned shehnai player and a disciple of late Ustad Bismillah Khan. Aref has taken traditional tabla into new dimensions by integrating it into contemporary urban music, western classical and many other genres, with his unique creativity and style.