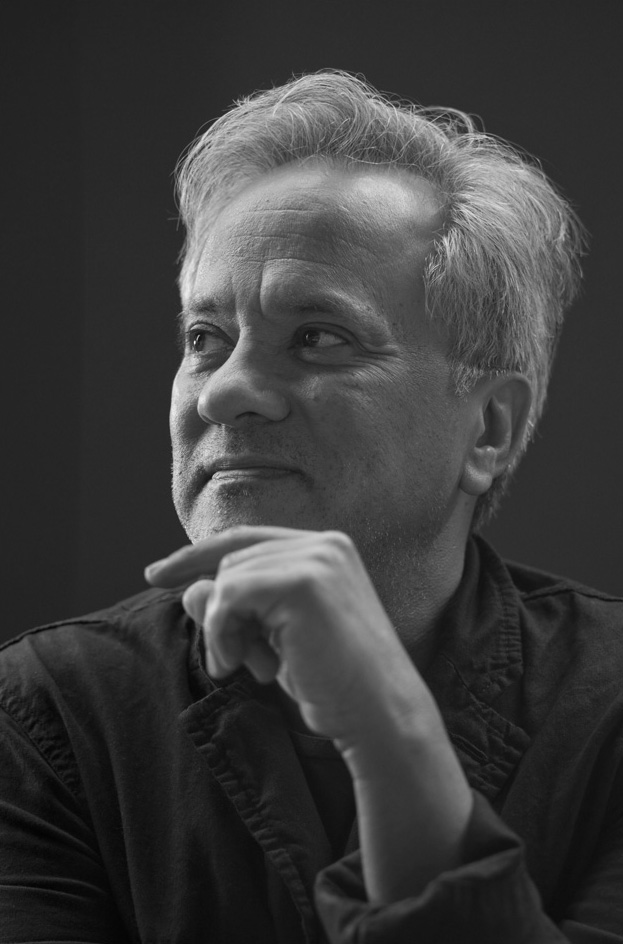 Anish Kapoor is one of the most influential sculptors of his generation. Perhaps most famous for public sculptures that are both adventures in form and feats of engineering, he manoeuvres between vastly different scales, across numerous series of work. Immense PVC skins, stretched or deflated; concave or convex mirrors whose reflections attract and swallow the viewer; recesses carved in stone and pigmented so as to disappear: these voids and protrusions summon up deep-felt metaphysical polarities of presence and absence, concealment and revelation. Forms turn themselves inside out, womb-like, and materials are not painted but impregnated with colour, as if to negate the idea of an outer surface, inviting the viewer to the inner reaches of the imagination. Kapoor’s geometric forms from the early 1980s, for example, rise up from the floor and appear to be made of pure pigment, while the viscous, blood-red wax sculptures from the last ten years – kinetic and self-generating – ravage their own surfaces and explode the quiet of the gallery environment. There are resonances with mythologies of the ancient world – Indian, Egyptian, Greek and Roman – and with modern times, where 20th century events loom large.

Anish Kapoor was born in Bombay, India in 1954 and lives and works in London. He studied at Hornsey College of Art (1973–77) followed by postgraduate studies at Chelsea School of Art, London (1977–78). Recent major solo exhibitions include Chateau de Versailles, Versailles (2015); The Jewish Museum and Tolerance Center, Moscow (2015); Sakıp Sabancı Museum, Istanbul (2013) and Martin Gropius Bau, Berlin (2013). He represented Britain at the 44th Venice Biennale (1990), for which he was awarded the Premio Duemila. He won the Turner Prize in 1991 and has honorary fellowships from the London Institute and Leeds University (1997), the University of Wolverhampton (1999) and the Royal Institute of British Architecture (2001). He was awarded a CBE in 2003 and a Knighthood in 2013 for services to visual arts. Most recently he received an honorary doctorate from the University of Oxford (2014).